HDD vs SSD: What’s Best for Your Business? When you purchase new technology for your organization, the decision is not always clear-cut. One decision that can be difficult is whether to implement hard disk drives (HDD) or solid state drives (SSD) for your desktops or other technology solutions. To help you make the best and most educated decision possible, we’re here to explain the differences and help you make the best choice.

Hard disk drives utilize spinning, rotating disks that write data to the drive. As you can imagine, this makes them a bit more prone to hardware failure than SSD, but don’t let this dissuade you from seeing their benefits. Compared to their SSD counterparts, HDD storage is cheaper and comes in extremely large storage sizes. This makes HDD great for storing large files such as images, videos, games, or audio. In general, the price per gigabyte for HDD storage is much lower than that of SSD, making them more budget-friendly.

Speed is the name of the game with SSD drives. Since SSD uses flash storage, it is able to load that data quicker and more efficiently than HDD. Furthermore, since they utilize flash storage rather than the spinning components used in HDD technology, they are less prone to hardware failure, though their ability to read and write data does degrade a bit faster than that of HDD. Historically, SSD has been more expensive than HDD, but it should be mentioned that the price of SSD storage has never been lower.

Which Storage is Best for Me?

At the end of the day, SSD and HDD have different benefits that lend themselves to certain tasks. On the SSD side, since it runs at higher speeds and is more structurally stable, it’s ideal to store your operating system. On the HDD side, since it is generally cheaper and easier to purchase large amounts of data storage, it is beneficial to consider them for this purpose. Ultimately, you should only make decisions like this after weighing the appropriate costs to their potential benefits.

If you’re not technologically proficient, however, it’s not always clear what the right answer is. This is why it’s okay to rely on professionals like iTSTL for this task.

iTSTL can help your business procure any new hardware, and you can rest assured that any solution we suggest is made after careful consideration of your organization’s specific needs. To get started with the best technology solutions on the market, reach out to us at (314) 722-6647.

More posts from author
Monday, 26 July 2021 Obvious Signs You are the Target of a Hacking Attack
Friday, 23 July 2021 The Key to Protecting Your Business from Ransomware Is More of the Same
Wednesday, 21 July 2021 How Often Should You Train Your Team on Cybersecurity? 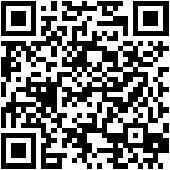